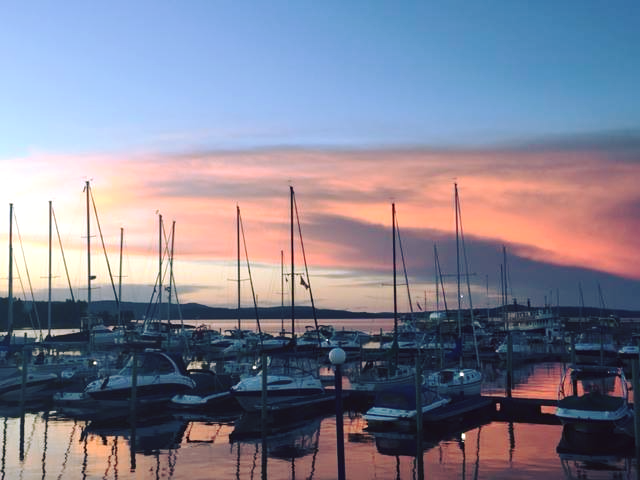 Originally a saw mill in the early 1900’s, what is now the Saint John Marina grew its recognition as the Riverview Pavilion – a popular dance venue in the 1930’s & 1940’s.

The first railway in this part of the country was just across the street and was referred to as Sutton’s Crossing. Before being renamed Ketepec Station, this was the central hub for the first continental railway. The pavilion was owned by the Wilson Family in the 1950’s. The Marina facilities and clubhouse were expanded by the following owner, William Brown, who was an employee at the port, also owned by the Wilson’s.

Mr. Brown operated the Marina and restaurant for over 40 years before selling to Hickey Bros. in the spring of 2016. Following the sale, the Marina reopened July of 2016 with extensive renovations to the restaurant, banquet room and marina facilities, including docks and fuel services. With continuous improvements to all facilities, the Saint John Marina is the only full-service marina on the lower St. John River.

Chester Race Week is one week away! Canada's largest keelboat regatta starts on Wednesday, August 10 and runs through to Saturday, August 13. More than 100 boats registered to race. And there's more to check out, including live entertainment at Chester Yacht Club each day, and a new market on the Wednesday, Thursday, and Friday.